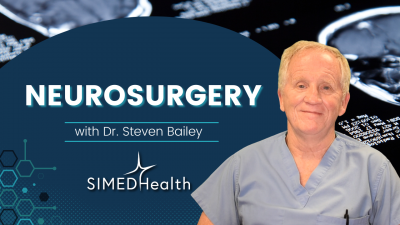 If you're unable to view this video, click here. 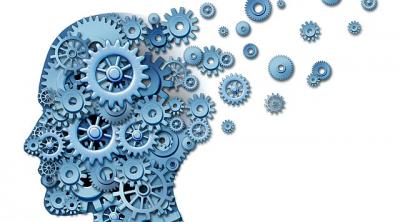 To our knowledge, the brain is the most complex organized matter in the universe. We know of nothing as complex in anyone's experience. How does three pounds of very complicated stuff allow us to experience a world?

If you think about it carefully, the entire scope of the universe, all of that volume that you're conceiving of now, is actually occurring inside your skull. So everything in your world, your entire universe, resides in the confines of your skull, including your concept of your own brain.

In honor of Brain Awareness Week (March 14-20), we sat down with SIMED Neurosurgery’s Dr. Steven Reid to discuss seven fascinating facts about brains.

1) Individuals who have lost tremendous amounts of brain cells can still be very intelligent and very creative.

You lose millions of brain cells every day. Fortunately, nature gives us a lot more brain cells than were probably going to ever need. Most of us can make it through life losing millions of them every day, and still function quite well. It's not so much the number of brain cells a person has that determines their cognitive abilities, but how they're used.

2) The brain can process auditory information over the course of just a few milliseconds.

Different parts of the brain react at different rates. One of the fastest processing times has to do with auditory information. Visual information takes much longer.

Reflexes don't have to be in the brain. Most of the reflexes we have are actually not in the brain itself but in the spinal cord. A reflex is a response that occurs as a consequence of an external stimulus. The stimulus travels through our peripheral nerves into the spine, and the response travels back out of the spine. By not traveling to the brain for conscious processing, the reflex response occurs much faster.

4) Modern research shows that the brain doesn't finish developing until the early twenties.

There is evidence that a lot development occurring in the frontal lobes doesn’t "come online" until a person reaches their early twenties. However, most of the growth of the brain actually occurs prenatal. One of the reasons that the brain is the size that it is; is because it’s about as big as it can be to make it through the birth canal.

5) Sleep is extremely important for healthy function of the brain.

A lot remains mysterious as to why sleep is so important to brain function; it is thought that much of it has to do with the replenishment of neurotransmitters and the opportunity to clear out the “debris” from the brain during sleep.

6) The brain is a database of memories from your entire life.

As people age they have problems in terms of integrating new information, but many times they'll have access to their old memories, formed in childhood. One of the theories is that it’s not so much a matter of not having a place to store the information, as it is there's so much more accumulated information that has to be searched to find the newer memory.

7) Yes, you can trick your brain into thinking you're happy by smiling.

Some of the latest work in post-traumatic stress disorder has to do with the question "how do you know you're scared of something?" Usually the way you know is because you're exposed to something and your heart rate goes up. Maybe you feel clammy and sweaty and anxious, so that reinforces that it’s something that frightens you. Researches are now administering drugs that block those particular responses in the body, like the increase in heart rate and sweating, after the person is exposed to the frightening stimulus. So they see it, but when they survey their own response to it, they can examine it and say "hey maybe it’s not that bad after all."

To ensure your brain is functioning at an optimal level, Steven Reid, MD has the following tips: