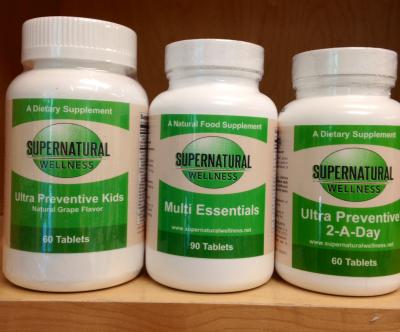 Migraines are a complex disorder characterized by recurring headaches that are usually one-sided, cause throbbing head/neck pain, are intensified with physical activity, and last 4-72 hours. Common symptoms include sensitivity to light and noise, nausea, vomiting, blurred vision, constipation, diarrhea, abdominal cramps, and food intolerance. Some individuals may have symptoms before the actual migraine which is called an aura and are most commonly visual disturbances.  SIMED Interventional Pain Management's Daniel Schaffer, MD explains more on the topic and how some natural supplements may ease the pain and frequency for some migraine sufferers.

Migraine headaches affect about 13% of Americans every year, approximately 17% of women and 6% of men. Some may have mild or infrequent migraines, while other migraine sufferers may be dramatically impacted by their migraines. Migraines are estimated to have a cost of $17 billion annually including doctor visits, medications, and lost productivity. Headaches should be evaluated by a physician.

Supplements for Migraine Prevention:
A recent literature review, published in 2012 in the journal Headache, updated and combined recommendations for migraine prevention therapy. These recommendations from the American Headache Society (AHS) and American Academy of Neurology (AAN) include prescription medications, but also include various over-the-counter supplements which have proven beneficial in migraine prophylaxis in several well-designed studies. These include magnesium, riboflavin (vitamin B2), and petasites (butterbur).  Results were slightly superior in efficacy to NSAIDs.  Additional literature was evaluated regarding the use of CoQ10 with headache prevention.
Magnesium:
Though the exact mechanism by which migraines occur is not well understood, many theories have been suggested.  In one clinical study, 360mg of elemental magnesium was taken three times daily for two months with improvements in pain scores and reduced number of days with headache. Patients with menstrual migraines and those with low magnesium levels have been found to benefit from supplementation.
Magnesium is well tolerated; the most common side effects are changes in bowel habits, diarrhea, and mild hypotension. Avoid supplementation in patients taking daily tums and those with renal insufficiency.
Riboflavin (Vitamin B2)
Another theory of possible causes of migraine includes deficiency in energy production from mitochondria. Riboflavin is a water soluble B vitamin necessary for normal cell function, growth, and energy production. Several clinical studies have used dosages of 200-400mg of riboflavin daily for up to three months with significant reduction headache days. Groups that are more susceptible to riboflavin deficiency include the elderly, those with chronic illness, alcoholics, the poor, and vegans. Riboflavin is generally well tolerated with the most common side effect being discoloration of urine.
Petasites (Butterbur)*
Butterbur is a perennial shrub found primarily in Europe and some parts of North America and Asia. It may work by helping to relax the smooth muscle lining blood vessels in the brain and decrease inflammation. Dosages of 7.5mg of petasin and isopetasin per each 50mg tablet (Petadolex®), dosed at 50-75mg twice daily for up to 4 months have been studied and have shown benefit. Common side effects include: headache, drowsiness, fatigue, stomach upset, constipation, nausea, vomiting, and diarrhea. *Raw unprocessed plant may cause liver injury. However, commercially available products should have been carefully processed to eliminate the harmful components are considered safe.
CoQ10
CoQ10 is involved in the creation of the important substance in the body known as adenosine triphosphate (ATP). ATP serves as the cell's major energy and CoQ10 also works as an antioxidant. Primary dietary sources of CoQ10 include oily fish (such as salmon and tuna), organ meats (such as liver), and whole grains.  Minor side effects that may occur with supplementation (unusual) include a burning sensation in the mouth, loss of appetite, nausea and diarrhea.   In an open label study thirty-two patients diagnosed as having migraine with or without aura were treated with CoQ10.  No adverse events were associated with CoQ10 therapy in any of the trial participants. 61.3% of the patients treated had a greater than 50% reduction in number of days with migraine headache. Only two participants had no improvement with CoQ10 therapy in their migraine headache intensity compared with baseline (ie when the trial started). The average number of days with migraine headache during the baseline non-treatment phase was 7.34 and this decreased to 2.95 days by the end of the trial. The reduction in migraine frequency after 1 month of treatment was 13% and this improved to 55% by the end of 3 months of therapy.  The data presented suggest that CoQ10 may work within 4 weeks but usually takes 5 to 12 weeks to yield a significant reduction in days with migraine.
For more information or if you would like to schedule a free consultation with Dr. Schaffer please contact Supernatural Wellness at (352) 281-9355 and leave your information and you will be provided appointment options with the day.
Tags:
Migraines
Supplements
Supernatural Wellness
Interventional Pain Management
Daniel Schaffer MD